It’s December in Bologna, a city located somewhere in Northern Italy. I have been living here for almost a decade now, yet I still have not gotten used to checking the weather updates on my phone before I get dressed every morning to go to work. So, I often find myself either being under-dressed (missing a bonnet or a pair of gloves or wearing the wrong pair of shoes) or a little overdressed (too much layering of winter sweaters and that overly thick woolen scarf) for the weather. In many senses, I am still an outsider to what I would like to consider my new home.

The first thing I noticed when I came here were the almost uniform red or red-orange houses and buildings inside the city historical center.  It is said that this type of brick walling with its terracotta color is still the remains of medieval Bologna, making this beautiful city known in Italy as “la rossa” (the red).

Bologna is also “la dotta” (the learned) being home to Alma Mater Studiorum (University of Bologna), the oldest university in the Western World. Founded in 1088, it has produced many notable scientists, statesmen, popes and artists like Nicolaus Copernicus, Petrarch, Luigi Galvani, Laura Bassi, Umberto Eco and Marcello Malpighi.

Another nickname for Bologna is “la grassa” because of its rich food and wine tradition and the region boasts one of the highest agricultural productions in the whole country. Its rich meat sauce called “Ragù Bolognese” served with pasta called “tagliatelle” is famous worldwide. The region of Emilia Romagna is proud of its parmesan cheese or the parmigiano-reggiano, arguably the best tasting cheese in the world.

At first, I was torn between hating and loving this place, so different from where I grew up in, with people speaking a very unfamiliar, difficult, and yet romantic language.  I felt literally “handicapped” by my lack of Italian knowledge especially when filing legal documents. I would always need the assistance of some family member who could speak and understand the language. Living here, one must deal with the long dark cold winters and the short scorching summers.

Yet, the reasons to love Bologna outweigh whatever inconveniences Filipinos have to deal with living here.  This place is generous and welcoming to people from different cultures and backgrounds. I remember being excited to get my first library card or enjoying browsing through hundreds of books and DVDs available to learn Italian.

Many Filipino groups are free to form organizations based on their interests, advocacies, or regions. These organizations can be legally registered for financial and administrative support.  Being a largely Catholic country, Filipino Christians can freely practice their faith here, even celebrate some of our traditions like Santacruzan and Simbang Gabi.  Some Filipinos have also started their own businesses in retail and merchandise.

Bologna is well-known for its quality education.  Twelve years of compulsory education is free (elementary schools provide free books and free lunch and snacks for children) and enrolment to the University of Bologna is open for scholarships and grants by the region. There are also free short courses (culinary, tourism, marketing, IT) intended to cover job shortages offered occasionally by different technical and professional schools.

The Italian medical service system is largely free. Struggling young couples with many kids, persons with disabilities, old people who cannot work for medical reasons can apply for quality housing which costs less than a tenth of what free-market rent costs.

Bologna tries to take care of the environment.  Residents must learn how to segregate waste; public bins are available in the neighborhood and are collected regularly. This might seem mundane, but for me, this means a lot as I know that most cities in the Philippines sadly don’t even have a commendable waste disposal system which is one of the main causes of flooding.

At the weekend, the city center is closed to public transport to control air pollution. The city also provides public parks in almost every neighborhood where residents can just relax, do sports, organize activities, or read a book under a tree. Back home in the Philippines, pieces of land are sold almost to the point of exhaustion for commercial purposes.

Bologna also boasts of its efficient public transportation system.  The buses run on their timetable and stop in their designated areas, thus avoiding traffic. There are also bike lanes and the city provide maps for cycle paths including the nearby municipalities.

Of generosity and openness

In the end, I am very grateful to have found a new home provided to us by the good Lord. Looking back, we feel lucky to have been given so many opportunities, from employment to education to volunteer and community activities.  I have joined countless community activities and free courses I could only dream of when I was in the Philippines, like a storytelling activity done in a theatre where I read a children’s story I wrote in Filipino, with a co-volunteer translating it in Italian, and an illustrator projecting his interpretation of the story live on a big screen.

I was also asked to serve a Filipino youth community once, participated in medical missions, worked as an English teacher in a kid’s summer camp and hosted some programs and events like Renee Salud’s Balik sa Basik in Bologna.  At present, I still work from time to time as a cultural mediator in schools and volunteers in our parish church for the distribution of clothes to the needy.

Supporting outreach programs and other charity missions in the Philippines is made possible by coordinating various Filipino organizations and the generosity of members to share whatever they could. The “bayanihan” spirit is still alive even within the Filipino community here in Bologna and it is evident during this time of pandemic. It is common practice here among Filipinos to help quarantined or isolated families by dropping off needed groceries and other supplies.

Moving into a new place can be difficult and requires a lot of patience, flexibility, and resourcefulness. It is not easy, and it is not always a success story. I still have a long way to go here myself.  But gratitude, charity and hope are the recipe for joy wherever you may be in the world, whether you are in Bologna or elsewhere.

Best part about living in Bologna

I was captivated by its simple beauty, ambiance, and cleanliness. There are many churches and parks, including Basilica San Luca which you can reach by climbing the more than 600 steps uphill overlooking the entire city. People are approachable, especially the Filipinos living here. They are always helpful to co-nationals and respectful to Italians and other migrants. There are numerous community organizations, some are religious groups, civic and regional associations which you can choose from to be a part of, according to your beliefs, advocacies, and interests. – Mercedita Centeno De Jesus, Founder and president of Filipino Women’s League in Bologna, resident for 18 years

Integration with Italians and other migrants despite of my lack of fluency with the Italian language was a big challenge. Our women organization and other community- based associations must co-exist with other Italian and migrants’ association but it was challenging for us to make these always visible and known. – Mercedita Centeno de Jesus

It is a must to learn the Italian language to become independent.  There are many good courses offered for free by the city. There are many projects from the government which promotes the integration of foreigners thru institutions like the Centro Interculturale M.Zonarrelli- Huong Le Thi Bich, teacher of Vietnamese language, resident for 20 years.

Expats who want to move and live in Bologna should first contact a friend, a relative or a community leader so that they could help in searching for an apartment, jobs and organizations they could join in. These will help them with the fastest integration within the community. Mercedita Centeno de Jesus

Filipinos are full of talent and skills. We must share these, be discovered and make known to the community that we are not just domestic helpers and blue-collar workers but also talented and skilled in other aspects. – Mercedita Centeno de Jesus

Study and earn a degree, find a good paying job and own a flat/apartment if salary permits. – Chrismarie Zaldivar, community leader, 20 years resident

This article was previously published in TFEM Spring Issue 2022. 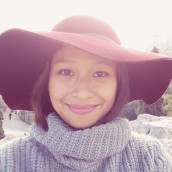 Elisha Gay Hidalgo lives in Bologna, Italy with her husband and three kids. She is a Registered Nutritionist and Dietitian in the Philippines, and a graduate of the University of Santo Tomas in Manila. She is pursuing her LM Sociology and Social Work in Alma Mater Studiorum Università di Bologna. She works as a cultural mediator for Filipinos in Bologna through associations like ANTINEA, SOCIO COOP AIPI and CIDAS. In her spare time, she also volunteers in her local parish to teach basic Italian to other migrants.

A taste of Filipino Barako coffee in Germany

Reagrupación familiar: A Filipino family’s journey to reunification in Spain

Pirate siege: A seaman’s nightmare on the high seas