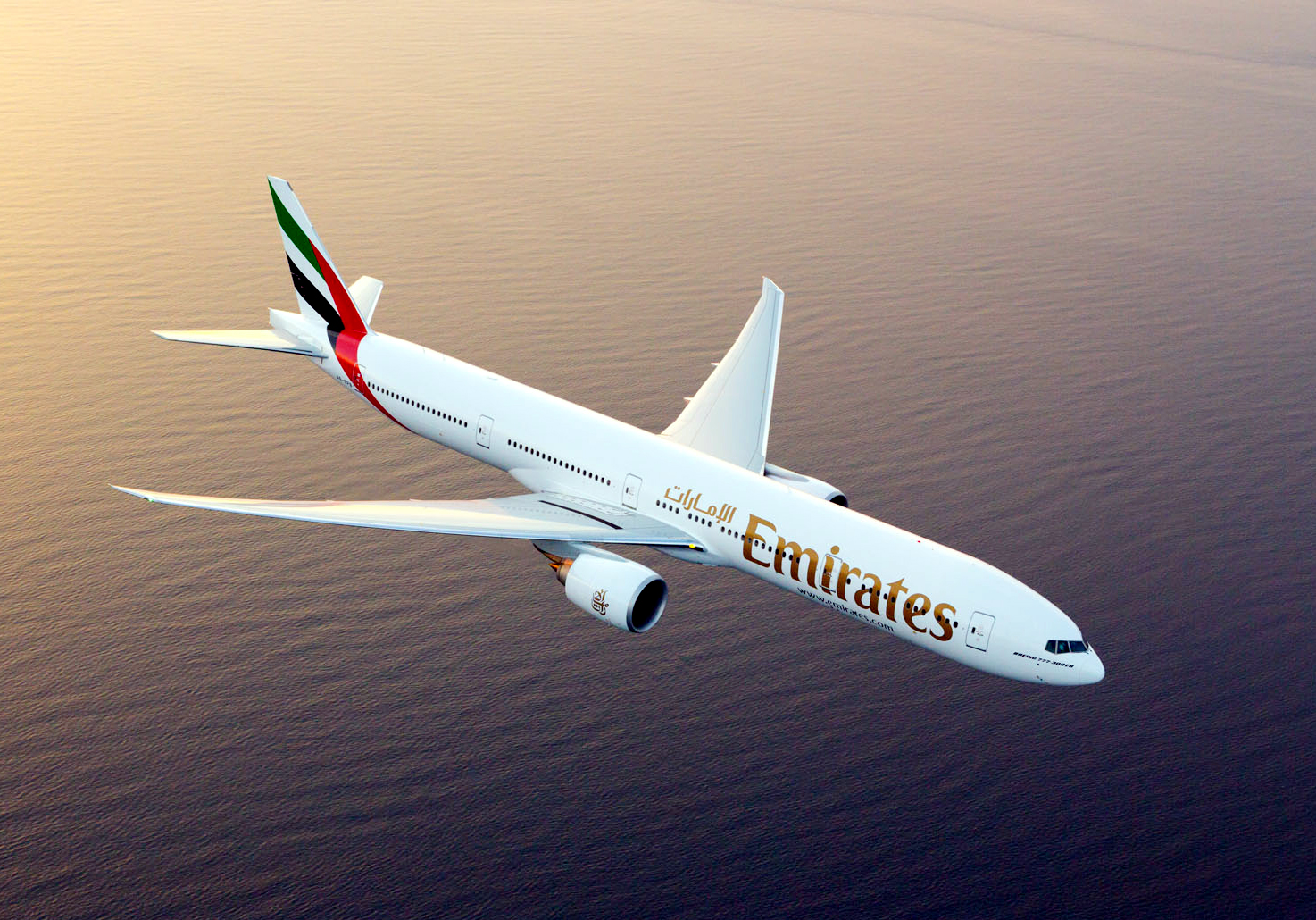 Fifteen years living in Dubai! I cannot believe I am still flying. And still with the same airline that brought me to the sand dunes. Things are slowly getting back to normal. Flights are getting fuller, and people are travelling again. That is a good sign!

This pandemic gave me the time and space to look back to the time I decided to be a stewardess, bringing me back to the nostalgia of my first working months.

That full page ad, the iconic hat, a meal in the sky and the two sunrises decided how the rest of my life was going to be.

Within five months, I was on a flight to the desert to join one of the most prestigious airlines in the world as a flight attendant. Or what you might know as cabin crew.

In August 2006, our flight landed at 4am. The sky was still dark. I was wearing denim jacket, expecting a cool early morning breeze to kiss my cheeks to welcome me. Instead, a hot blanket of air covered me. Suddenly, I felt like I was back in Manila in the middle of the day. Minus the sun. It was 38 degrees Celsius, and it was not even six in the morning.

I noticed lines of beige, square structures as we drove to our accommodation. The now familiar Arab architecture looked strange to me then. And the street signs!  Every street had clear, comprehensible signs written in Arabic and English, even in secondary roads. I really was not in Manila anymore.

We were housed in a hotel because at that time the airline was aggressively hiring, and the staff house was full.

There were 16 of us in our class and we came from different countries. I suddenly found myself learning British English instead of American English that I was used to in the Philippines. So, “lifts”, “timings”, “flats”, “villas”, “loos”, and “to lets” were just some words that I had to get used to.

The week is organized differently in Dubai. The work week starts on Sunday instead of Monday. Weekend is Friday and Saturday.  Friday is worship day, so we go to church on Fridays instead of Sundays.  Saturday is Saturday but then you go to work the next day. I began to like it immediately.

From CPR to lipsticks

Our training only lasted six weeks; two weeks shorter than other batches. We received our uniform set on the very first day, that includes suitcases, shoes, handbags, and our beautiful set of cabin attire. We could not wait to put them on. Ladies were also given a set of scrunchies, or fancy hair elastic for the uninitiated.

They changed the procedure a few years later. Official polo shirts were issued to trainees. Uniforms were issued only after they passed the safety and security trainings. But our group was able to wear the “look” right away.

During our Image and Uniform training, we were taught proper skin care, how to choose the best shades for our foundations, eyeshades, and blush for our skin colour; and finally choosing the correct shade of lipstick.  Lipstick is the holy grail of our cabin outfit. You cannot make a mistake of choosing the wrong colour of make-up, especially the lipstick, which can make or break the image of the uniform. There is a “standard” for just about everything.

Every day, we would proudly come down the hotel lobby in our official fashion outfit to wait for our bus to the training college.

We were trained on safety and security procedures. We had to take exams every morning and do homework every night when we came home. Theories were discussed in the classrooms and the practical aspect of our work was practiced in their state-of-the-art simulators.

We learned basic first aid training for any medical emergency that may occur during the flight, from common cold and delivering a baby to CPR and even management of death on board.

The last course was service training.  Since all crew had to start work in Economy Class, our service training revolved around the different meal services, how to set-up different kinds of meal and beverage carts, and how to make simple cocktails for the economy class.

I do not drink but I suddenly found myself mixing Screwdriver and distinguishing the difference between Bloody Mary and Virgin Mary cocktails.

After six weeks, we received our diplomas. On our graduation ceremony, the company’s VP, together with the top management were present, as well as the parents of some of our colleagues. It was memorable.

After graduation, we still had to do training and orientation flights before we could officially call ourselves cabin crew. These first two flights are called supernumerary or supy flights. As trainees, we did not have any safety, security nor service responsibility on supy flights. We were not even asked the safety and security question mandatory for cabin crew before they board. We just observed and helped a little bit. Or a lot.  Depending on the flight.  We did supy flights on a Boeing and an Airbus.

My first supy was to Cairo, Egypt. I remember the knot in my stomach as I signed in for the first time in the Crew Briefing Centre. I remember sitting at the cafeteria with another supy from Seoul, Korea. I was so nervous that I was still memorizing safety and medical procedures even if I knew that I was not going to be asked any questions. I was so enthusiastic to show off that I recited a first aid procedure during the pre-flight briefing even if I was not asked.

The Purser (Cabin Manager) was unimpressed. “Please do not answer. You know everything. You just came from training college.”

And then I was in the aircraft.  As I was walking through its wide body towards the back where my jump seat would be, my eyes ran through the rows of seats gleaming in the sunlight coming through the oblong windows. I breathed in my new reality. I tried so hard to hide my excitement and act professional.

One particularly important lesson I learned from my supy flights is that the blue call bell does not stop blinking even when it was time to sit down for take-off or landing.

Next, we needed to do turn-around flights. We flew to a destination and after the passengers had disembarked, and the plane was cleaned and prepared, we took passengers back to Dubai. Lay overs are flights where we get to stay and sleep in our destinations.

A greenhorn in Europe

One day I got a call in my room. “Amy, you have been pulled out for Vienna layover”.

“Sorry, where?” I asked again trying to calm my heart, beating faster at the idea of going to Europe.

“Vienna,” my colleague reiterated, then gave me the sign-in and departure time.

I was so thrilled that I jumped and danced and sang in my room. I think I even did back flips and cartwheels. I hurriedly got ready and became extra careful putting my red lipstick on.

On the way to the cab, I bumped into my friend, another flight attendant. I told him I was flying to Vienna, with a lay-over.

“I just came from Paris this morning,” he said casually.

That was my first time in Europe and my first layover too. I did not have any warm clothes then, so I wore the same denim jacket that I wore when I first came to Dubai. It was a bit chilly, but it did not matter.

In my hotel room, the television was playing “Vienna Waits for You.” My room looked out to an old building. It was so beautiful. I just had to go out and explore.

I went across the street from our hotel.  Little did I know that I was in beautiful Stadtpark, Vienna’s first public park, where the golden Johan Strauss Memorial can be found, the most photographed statue in the city.

Vienna was breath-taking, sophisticated, classy. I let myself get lost in the rush of tourists, locals, families, lovers, old people, little kids, swirling around me and my Vienna sausage sandwich.

I walked around and took pictures. I still could not believe where I was. It was almost dark but, to me, the park was still captivating and the weather delightful. Everything was perfect. The only thing that could make it better was if my family were with me. So, right there, on a bench in Stadtpark, I prayed.  I prayed and thanked God for where He had brought me. 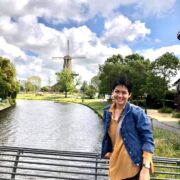 Amy Dy Lim is from Bacolod City and has been working as an International Flight Attendant in Dubai, United Arab Emirates since 2006. She and her husband, Perci, are active members of the United Christian Church of Dubai and consider Dubai their second home.