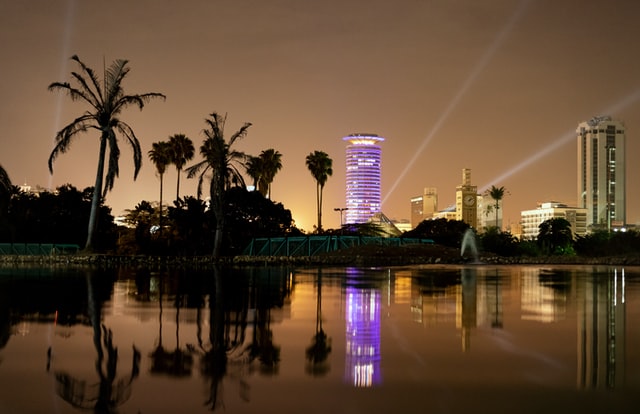 Our Nairobi-based columnist Agatha Verdadero has been living in Kenya for two decades. Yet she’s still convincing Filipinos that Kenyans don’t live in mud huts. In this article, she shares with us 10 interesting things about her adopted country, and the values that Kenyans share with Filipinos.

When I moved to Kenya back in 2002, another Filipina volunteer I was travelling with was quite concerned about the accommodations we were going to have at our Swahili language school. She had mentally prepared herself to live in a mud hut with a clay floor, no electricity, and no indoor plumbing. I tried to reassure her that it was not going to be that at all. I even showed her the school’s website and its online photo gallery, which showed manicured grounds, a verdant forest, and buildings in a British colonial architectural style.

Despite the photographic evidence, she remained convinced that we were heading for an undeveloped part of the world, with its citizens still wearing loincloths. I had a good chuckle at her expense when all her fears proved to be unfounded.

Let me now focus on a particular country in Africa, Kenya my adopted home, and 10 things Filipinos need to know about it.

1. Kenya is just one of the 54 countries in the African continent.

2. The Kenyan capital Nairobi is just like any bustling metropolis in a developing country.

Nairobi has its own share of high-rise buildings, mass public transportation, modern infrastructure, and entertainment venues. There are almost five million people living within the city and its suburbs. Majority wear Western-style clothes and use technology with ease.

3. Nairobi is home to the only wildlife national park within city limits in the world.

One of the most unique welcomes you can ever have when your plane lands is a sighting of ostriches, gazelles, giraffes, and other wildlife right by the perimeter fence of the airport. The animals are free to come and go within the wildlife corridor created for them. It is not unusual for daily news to include sightings of predators (e.g., lions and leopards) in residential areas bordering the park.

4. The highest mountain in Africa originally belonged to Kenya.

Mount Kilimanjaro, which stands at 5,895m, is the highest mountain in Africa. It used to be within the borders of Kenya until Queen Victoria gifted it to her German cousin, the Kaiser Wilhelm II, in 1886. And that is how the boundary lines were moved back so the German-colonized country of Tanzania could have it. Kenya still has Mount Kenya, the second highest African mountain, within its territory. It stands at 5,199m above sea level.

5. Kenya is an English-speaking country.

In the early days, I had friends asking me if I found it hard to communicate in the “Kenyan language” and I had a good laugh about that. Most Kenyans speak English as it is one of the two official languages of the republic. The other one is Swahili. It was once a British colony so the vocabulary is much more the Queen’s English than John Wayne’s.

6. Beyond the wildlife, Kenya is home to some of the most significant archaeological sites of human life and civilization.

Many important archaic human remains have been found across the East African country, most notably in the area of Lake Turkana. Discovered in 1984, Turkana Boy is an almost complete skeleton of a prepubescent boy who lived 1.5 or 1.6 million years ago. Other fossils have been determined to be 4 million years old.

7. More than 85% of Kenyans identify themselves as Christians (Protestant, Catholic, and Evangelical).

This factoid floors quite a number of Pinoys who view them either as animistic or Muslim––no thanks to stereotypes encouraged by Hollywood. Just like our experience under the Spaniards and Americans, Kenyans have had their fair share of proselytizing missionaries from among the British settlers.

8. Kenyans do not all look the same.

It is not true that if you’ve seen one Kenyan, you’ve seen them all. There are at least two major ethnic streams in Kenya: the Nilotic and the Bantu. Throw in a third (Cushite) for good measure and you will realize that there are physical distinctions that separate one community from another. We can’t just lump everyone together and disregard their uniqueness.

9. Kenya has a reliable mobile network.

A common question posted on the Expats in Kenya page I belong to on Facebook tackles the issue of mobile phones or cell phones. I am happy to tell potential visitors that we have better speeds and reception here than in the Philippines. We have very few dropped calls and lost messages. You can even do a Facebook Live video on top of Mount Kenya without glitching.

10. Kenyans share the same values we have when it comes to family and community.

They hold their elders in high regard. Each breadwinner works very hard to uplift their families and give everyone a better life. When tragedy strikes, they come together as a community to contribute something towards another person’s needs.

Just like other humans in other parts of the world, they try to live their lives in the best possible way and help others along the way. Pinoys will not be hard-pressed to see themselves in Kenyans when it comes to the fundamentals of life and living.